Click here to e-mail a story to the editor.
21st January, 2022. What effect does circumcision with local anaesthetic have on babies aged up to 4 months?

Does it affect sleep, feeding, and maternal attachment?

This has been a topic of some debate over the years. Now a Turkish study of 75 infants - the first to look at all three criteria - has found that sleep and breastfeeding were unaffected. Maternal bonding was significantly improved post-circumcision. This will be good news for many parents - and will doubtless stir up some intactivists!

The paper, in the Journal of Pediatric Surgery, is behind a paywall but the abstract in PubMed is quite comprehensive. Thanks to JH for the link.

The Kalenjin people come from the Rift Valley in Kenya, and are determined to preserve their culture even overseas. The community in Perth, Western Australia, organised a group circumcision ceremony for boys aged 13-15 on the 19th of January. Because Covid restrictions limited who could attend it was streamed live to other family members, both in Australia and Kenya. The boys were dressed in traditional animal skins but some local substitutions for traditional herbs had to be made.

Read the story in the Kenyan Standard. Thanks to Brian Morris for the link.

6th January, 2022. Can circumcision be avoided in an adult male with phimosis?

The Phimostop - yet another patent stretching device.

From an Italian team in Rome comes this patented device. The upper row shows the increasing sizes of the device, which you wear under your foreskin. The 'flaps' are taped down to keep it it place. The lower row shows sleeves which are slipped over to provide half size increments.

The process takes, on average, two months, and is only suitable for relatively mild phimosis (grade 2, where part of the glans can be exposed). From a sample of 85 patients, 71 completed the treatment and 37 of those no longer needed circumcision.

However, at 2-year follow-up it appears that phimosis had recurred in 7 of the 37. You would really have to be desperate to avoid circucision to try a treatment with such a poor success rate.

The paper is in 'Translational Andrology and Urology' and the very full abstract is available on PubMed. Thanks to JH for the link.

The baby sues - and loses! 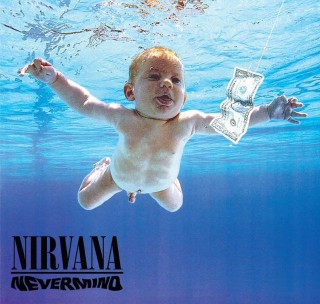 Back in October 2021 we ran the story that Spencer Elden, the baby on the famous record sleeve, was suing the record company and the surviving members of Nirvana claiming that he was exploited. It seemed like a grab for money - and after all the band and the record label made much more from it than he did.

A judge has now dismissed the case. The band's lawyers said "Elden had spent three decades profiting from his celebrity as the self-anointed 'Nirvana Baby', recreating the image on the album's 15th and 20th anniversaries, and tattooing the album's title on his chest." Elden's lawyers failed to meet the deadline to file an opposition to the case, but they do have until 13th January to refile.

Nirvava's lawyers stated that the statute of limitations on such a case expired more than a decade ago, and that Elden's claims that the image constituted child sexual abuse were spurious.

"A brief examination of the photograph, or Elden's own conduct (not to mention the photograph's presence in the homes of millions of Americans who, on Elden's theory, are guilty of felony possession of child pornography) makes that clear."

Read the story in The Guardian. Thanks to JH for the story.

PS. January 13th As I write this it is 7pm in the eastern US and no news as the whether Elden's lawyers did deliver their submission. But news from Artnet adds more to the story. It seems that Elden, an artist, got the brush-off when he wanted Nirvana to contribute a work to a show he was organizing and that was when relations soured.

Click here go to Circlist’s Home Page, or use the 'Back' button of your browser to return to the previous page that you were viewing.